Independent scientists Scott & Ann Swengel began surveying butterflies in 1986 in Wisconsin. They quickly expanded their incredibly productive survey program to include Minnesota, North Dakota, Iowa, Illinois, and Missouri. Most of their surveys in states other than Wisconsin were conducted in the 1980s and 1990s over multiple consecutive years. Some of their past and present surveys target sensitive species like Regal Fritillary and Frosted Elfin, and/or sensitive habitats like muskegs and native prairies. One goal of their work is to seek out new locations and previously unknown populations. In Wisconsin alone, for example, they have surveyed over 250 sites, and many sites continue to receive at least annual surveys. 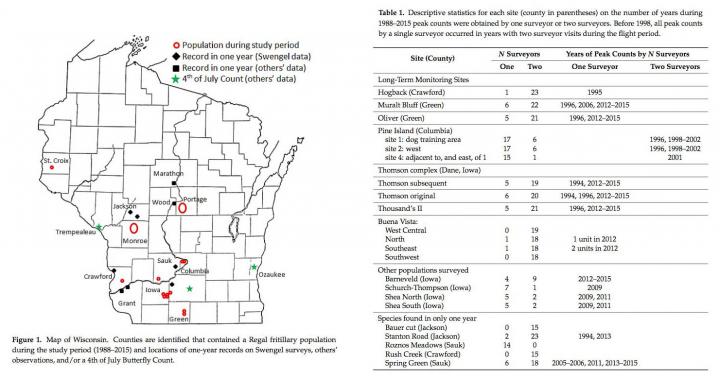 Swengel A, and SR Swengel. 2011. High and dry or sunk and dunked: Lessons for tallgrass prairies from quaking bogs. Journal of Insect Conservation 15(1):165-178

Swengel A, and SR Swengel. 1999. Timing of Karner blue (Lepidoptera: Lycaenidae) larvae in spring and adults in spring and summer in Wisconsin during 1991-98. Great Lakes Entomologist 32(1-2):79-95 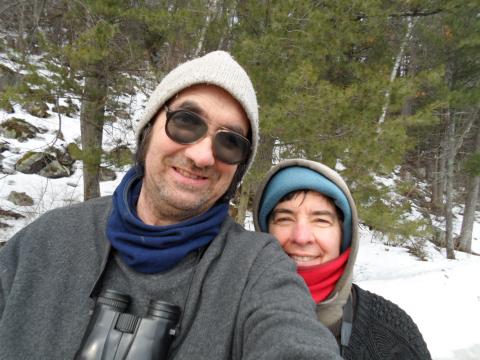