The Monarch Larva Monitoring Project (MLMP) is a citizen science project involving volunteers from across the United States and Canada in monarch research. It was developed by researchers at the University of Minnesota to collect long-term data on larval monarch populations and milkweed habitat. The overarching goal of the project is to better understand how and why monarch populations vary in time and space, with a focus on monarch distribution and abundance during the breeding season in North America.

The MLMP has resulted in a database that has helped scientists, policy-makers, citizens, and the media to understand the importance of long-term data in understanding animal, especially insect, population trends. From a conservation perspective, the protocol and findings were utilized in the North American Monarch Conservation Plan (Oberhauser and Prysby, 2008), and citizen volunteers have reported both an increased awareness of conservation issues and increased local conservation activism (Kountoupes and Oberhauser, unpublished data). Additionally, nature center professionals, teachers, and parents have used the program as a science education tool with youth, and report increased familiarity with the process of science as a result (Kountoupes and Oberhauser 2008).

Anda, A. and K.S. Oberhauser. 2015. Invertebrate natural enemies and stage-specific mortality rates of monarch eggs and larvae. Monarchs in a Changing World: Biology and Conservation of an Iconic Butterfly 5:60-70

Nail, K.R., Batalden, R.V. and K.S. Oberhauser. 2015. What's too hot and what's too cold: lethal and sublethal effects of extreme temperatures on developing monarchs. Monarchs in a Changing World: Biology and Conservation of an Iconic Butterfly 8:99-108

Pleasants JM, Oberhauser KS. 2013. Milkweed loss in agricultural fields because of herbicide use: effect on the monarch butterfly population. Insect Conservation and Diversity 6: 135-144. 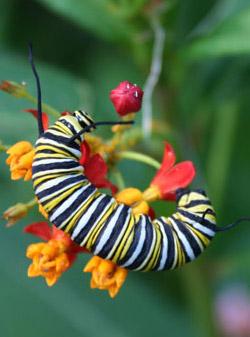 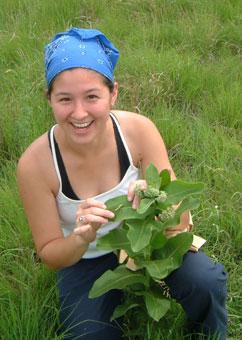 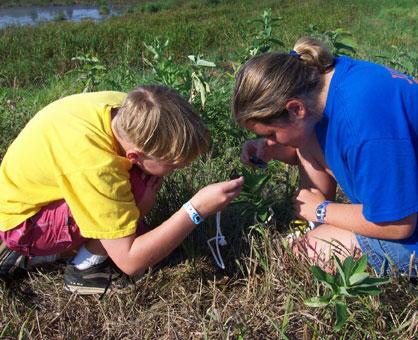